November 18, 2014/The Mighty Mo! Design Co./Comments Off on How to Set Up Email Forwarders on Hostgator When Your Domain is Hosted On Another Server/Blog Post

We recently had a weird email forwarding issue with a client on a Hostgator Reseller account.  The email forwarders were set up properly, and the dns was hosted at Hostgator.  We had an MX record pointing to “domain.com”, which was part of the problem.  Since we wanted Hostgator to manage the MX records, we needed to add an MX record that pointed to the email server’s ip address (example: “123.456.789.123”).  No big deal, except that Hostgator DOES NOT ALLOW you to create an MX record that points to an ip address!

After all sorts of attempted workarounds and fruitless email exchanges with Hostgator support, the solution that finally worked was to create an “A Record” for an arbitrary and unused subdomain (example: email.mydomain.com) that points to the ip address of the Hostgator server, and THEN create an MX record that points to that new and arbitrary subdomain.

Pretty crazy stuff.  And funny enough, I discovered the solution on a Hostgator support page that was for the exact opposite issue that I was looking to solve (titled, “I have HostGator name servers, how do I point my email away from HostGator?“).

So, at the end of the day, our relevant dns records looked like this:

I hope this helps save someone else from banging her head against the wall for hours on end with this same issue.  🙂 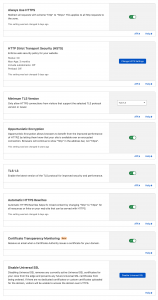