My Memory of Jonathan Soroko

June 30, 2013/The Mighty Mo! Design Co./Comments Off on My Memory of Jonathan Soroko/Blog Post

Through my Feed.ly page, I discovered that Jonathan Soroko died recently.  Jonathan was a humanist and lawyer, a bold and creative thinker.

I received a phone call out of the blue from Jonathan back in 2009 about my Simple Pull Quote plugin.  He had some ideas for improving the user experience of the plugin.

Over the years, Jonathan and I spoke a couple of times a year about WordPress stuff, mainly in the context of me providing advice on themes and plugins.

I never got to know him outside of that context, but my interactions with him led me to understand him to be a volcano filled with ideas.  Even something as mundane as pull quotes would get his brain moving at 100 miles-per-hour.  I loved that about him.

He would pinpoint user interface problems with WordPress stuff and then generate ideas on how they might be solved.  And then he would talk about whatever governmental issue was causing him grief at that minute.

Jonathan had a passion for pushing government to be prepared for the worst and wrote about it on Popular Logistics.

Feel free to donate to his memorial fund. 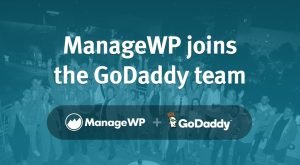